The Imperial Castle is the symbol of Nuremberg. Since the Middle Ages its silhouette has represented the power and importance of the Holy Roman Empire of the German Nation and the outstanding role of the imperial city of Nuremberg. 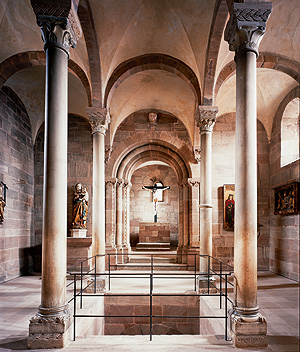 Nuremberg, which was first mentioned in a document as a royal property in 1050, played an important part in the imperial and domestic policy of the Salian and Hohenstaufen kings and emperors. The castle and town were a favourite stopping place for rulers on their journeys through the realm, and court assemblies and Imperial Diets were held here.

In order to provide an appropriate setting for these events, the Hohenstaufens built an extended castle complex on the rocky elevation over the remains of older buildings, which is still largely what we see today. To administer the imperial property and maintain order they installed a burgrave, who resided in the front area of the complex (the so-called Burgrave’s Castle). In 1191 the office of burgrave passed to the Counts of Zollern.

Ownership of the castle

With its close connection to royalty and its location at the junction of important highways, Nuremberg soon developed to become an important transit trade and export centre and a financial marketplace. The Letter of Freedom granted by Emperor Friedrich II in 1219 strengthened the civic autonomy of the city, removing it almost entirely from the purview of the burgraves. By the end of the Hohenstaufen period in 1254, it had become an independent imperial city. 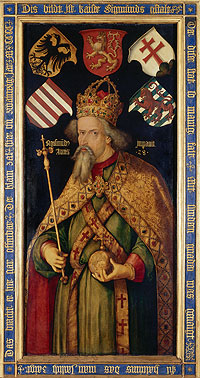 It finally emerged victorious from the bitter disputes with the Zollern burgraves, who had acquired extensive territories in Franconia and established seats of government first in the castle of Cadolzburg and later in Ansbach: in 1422 Emperor Sigismund transferred responsibility for the castle to the town, to the benefit of the king and the emperor.

The people of Nuremberg were probably also involved when Ludwig VII of Bavaria-Ingolstadt attacked the Burgrave’s Castle in 1420 and burned it down. In 1427 the city acquired the remains of the Burgrave’s Castle from Burgrave Friedrich VI, who took over a new function as Elector of Brandenburg. From this time on the whole castle complex was in the hands of the city.

Imperial city and castle in the late Middle Ages

In the late Middle Ages Nuremberg ranked as the "most distinguished, best located city of the realm". The city was the scene of numerous Imperial Diets and in 1356 Emperor Charles IV’s "Golden Bull" named Nuremberg as the place where every newly elected ruler had to hold his first Imperial Diet. Nuremberg thus became one of the centres of the empire – in addition to Frankfurt where the kings were elected and Aachen where they were crowned. 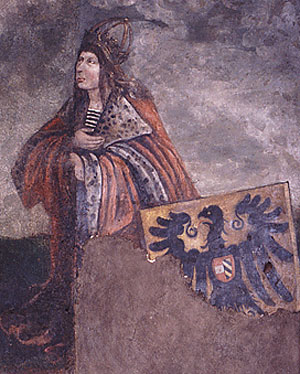 Painting "Maximilian I" at the
portal to the Imperial Chapel

Most of the emperors paid numerous visits: Ludwig IV "the Bavarian" stayed there 74 times, and Charles IV 52 times. At the same time, however, the castle became less important.

The town hall completed in 1340 was used instead as a place of assembly and from Ludwig the Bavarian on, the emperors preferred the more comfortable accommodation of the patrician houses. In 1423, Sigismund gave the imperial regalia into the keeping of the city, a mark of particular trust. The Habsburgs Friedrich III and his son Maximilian I were the last emperors to reside for longer periods in the castle and city.

Nuremberg’s acceptance of the Reformation in 1524 alienated the Protestant city from the Catholic emperors. In 1663, after the Thirty Years’ War, the Imperial Diet was relocated permanently to Regensburg.

The castle in the kingdom of Bavaria 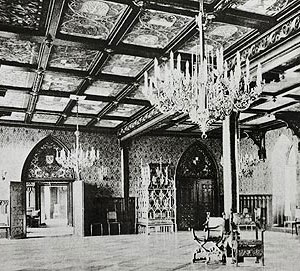 After the dissolution of the Holy Roman Empire in 1806 and the incorporation of Nuremberg into the kingdom of Bavaria, there was revived interest in the castle as an important German historical building. King Ludwig I had it restored from 1833 by the architect Carl Alexander von Heideloff so that he could live there as sovereign.

However, the romantic neo-Gothic interior begun by the architect was not to his taste and he stopped the building work in 1835. It was not until the reign of his son Maximilian II that a royal apartment was created, the work of August von Voit in the years 1851 to 1858.

In 1866 the Hohernzollerns made a bid for the Imperial Castle: after his defeat in the war of 1866, Ludwig II had to concede King Wilhelm I of Prussia the right to share the use of the “castle of his fathers”. Emperor Wilhelm II lived in the castle on a number of occasions and never omitted to style himself "Burggrave of Nuremberg" when he did so.

Destruction and rebuilding: the continuation of "creative conservation" 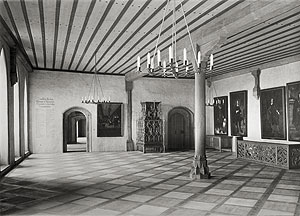 After the end of the monarchy in 1918, the historistic redecoration of the Palas and Bower lost its appeal. In 1934, under Rudolf Esterer, the work of replacing the neo-Gothic with the supposed original interior was begun, also – with a view to future party conferences of the NSDAP – with the idea of creating an "apartment" for important guests of the Reich. The castle was not to be simply "preserved as a monument, but was to resume its old place in the life of the nation" (Heinrich Kreisel). Esterer believed he could unite the past and present by replacing the neo-Gothic interior with "timeless German artisanship".

In 1945 practically the entire Imperial Castle lay in ruins, but important Romanesque and late Gothic sections survived virtually unscathed. Immediately after the war, Rudolf Esterer rebuilt the complex almost exactly as he had before the war on the principle of "creative conservation".

The permanent exhibition in the castle was redesigned by the Bavarian Palace Administration together with the Nuremberg museums in 2013. The new concept shows not only clear explanations of the elements and function of the castle in their historical context, but also presents information about the Holy Roman Empire of the German Nation and the role of Nuremberg in the late Middle Ages in a vivid and exciting form that will appeal to visitors of all ages.